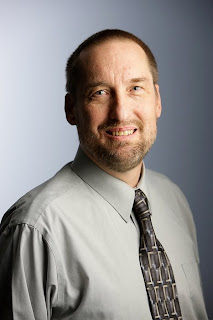 Humans know when they do not know or do not remember, and they respond well to uncertainty by deferring response and seeking help or information. Their responses to uncertainty motivate research on metacognition, or thinking about thinking. The idea in this field is that human minds have a cognitive executive that monitors thought to evaluate its problems and prospects. This executive is linked to humans’ consciousness and self-awareness. These links are partly why the study of animal metacognition is an intriguing and thriving research area.

2. Which species have metacognition?

Humans are metacognitive, though metacognition is a late and sophisticated achievement during cognitive development. Research has shown that great apes express a metacognitive capacity in food-search paradigms. There is also a consensus that rhesus macaques express metacognition in a variety of uncertainty-monitoring tasks. In early research, a dolphin also monitored uncertainty in a perceptual task, though this finding should be followed up with additional studies. Regarding these successes, it is important to remember that animal metacognition may not be all or none. Animals may possess elements of cognitive awareness and cognitive self-regulation without being fully conscious or self-aware. Evolutionarily, just as developmentally in human childhood, metacognition may emerge gradually.

In contrast, research with pigeons has failed to demonstrate any metacognitive capacity. This is a fairly strong comparative “no” at this point, because this failure spans converging paradigms. There are also several lines of research suggesting that capuchin monkeys (the only New World primate species tested to date) barely express a capacity for metacognition. This finding raises intriguing questions about the evolution of cognitive self-awareness and metacognition within the primate order.

3. What do you think about mirror neurons and their relation with metacognition?

This question concerns the relationship among different aspects of reflective mind. My feeling is that comparative psychologists have fed their notion of reflective mind too well, and it has become a piñata full of sweet constructs like consciousness, other-awareness, mind reading, metacognition, self-awareness, tactical deception, imitation and mirroring, mirror awareness, pedagogy, and empathy. We have also tended to believe that all of these capacities co-occur and probably co-evolved, so that the individual aspects of reflective mind rise or fall together in different species. This tendency is behind the well-known supposition that reflective mind in animals evolved just once in the line that produced the great apes and humans.

But macaques have cognitive self-awareness. Dolphins and elephants have mirror self-awareness. The emerging picture of reflective mind in animals is complex. There is not perfect co-occurrence and there was not a one-time full emergence only in the ape-human lineage. Accordingly, I believe that comparative cognition researchers would do well to take a stick to the piñata, separate the diverse reflective capacities, understand them well individually, and learn to measure them well individually. Then I think we can ask more precisely about the links among them and about the factor structure of reflective mind in animals.

4. What is consciousness? In your opinion, how did it evolve?

Being metacognitive, I am certain I cannot answer the first question. But, my research does concern a functional consciousness by which humans and some animals use a higher-level cognitive utility to monitor/guide more basic cognitive processes, rethinking problems when necessary, seeking additional information when valuable, and deferring response or action until a solution is reached.

It is an interesting question how this functional consciousness evolved. One idea is that it arose among intensely social species in the following way. These social animals had a pressing need to understand conspecifics’ moods, motivations, and behavioral intentions. So, consciousness arose as a platform for modeling the mental states and intentions of the other, facilitating social interaction and communication. Notice, by this view, sociality, cognitive self-awareness (consciousness) and other-awareness would be tightly co-occurrent.

My different view is that consciousness might be inherently adaptive in its own right. Animals frequently find themselves in novel, problematic or dangerous situations for which they have no trained reactions/operants. They need a cognitive utility that can resolve these situations. They need to retrieve information relevant to the present dilemma. They need to evaluate possible courses of action—their risks, gains, and so forth. In short, they need a way to say wordlessly what doubting humans say: “So, what do I do now?” A working consciousness would be a perfect place for collecting relevant information and for evaluating possible courses of action. Notice: this view allows that solitary species could be consciously metacognitive. This view allows that macaques could be self-aware but not other-aware, as the data seem to show. And, I believe this view is evolutionarily more plausible. I can easily understand how a self-conscious species, with an understanding of its desires and beliefs, could then extend that capacity to understand the desires and beliefs of the conspecific. I have a harder time imagining the reverse progression.

5. What is the self, from an evolutionary and neuroscientifical point of view?

This is a difficult question to engage comparatively. How can an animal express behaviorally that it is aware of being a self? Gallup showed that some primates will touch a red spot on their own face that they can only see in their mirror reflection. But this could reveal bodily awareness, or mirror expertise, not necessarily internal, conscious self feelings. Likewise, though in my research macaques monitor uncertainty and respond to their doubts, this does not mean that they feel like a conscious self as they do so. However, it is an interesting thing that, for humans, uncertainty is a personal, self-imbued thing. We say “I don’t know; I can’t tell.” There is a strong self component to metacognition, and it would be interesting if this were also true for animals (assuming it could be demonstrated empirically).

6. Up to what point do you think is the reality we perceive a mental construct molded by evolution?

This idea has a distinguished pedigree. Gibson (1979) proposed that the structural properties of perceptual scenes provide reliable, informative opportunities for organisms that can use these sources of information. He suggested that organisms have been shaped to use these information sources that he called invariants and affordances. Shepard suggested that organisms have been shaped to perceive psychological similarity and dissimilarity in ways that acknowledge the geometry of natural-kind categories. My own research suggests that organisms are shaped to base some grouping and categorization decisions on the central tendency or prototype of categories because of the resulting gain in the clarity of the categorization signal. So I do endorse the idea that basic principles attend the structure and geometry of perception, that principles of optimality follow from these, and that evolutionary internalization may have incorporated those principles so that they are reflected in the minds of perceiving species.

7. What are you now working on? What is your highest scientific challenge? What is the mystery you would dream to unveil?

My ongoing research covers a range of topics that include metacognition and categorization. In the area of metacognition, we are exploring whether macaques and capuchins understand their need to study before being tested, on whether uncertainty processes are especially vulnerable to competing cognitive loads, and on whether we can pinpoint the moment when humans and animals become consciously aware of knowing that they have solved a task. In the area of categorization, we are exploring whether animals share with humans a multi-faceted category-learning system that includes a rule-based learning capacity that is executive, explicit, and conscious.

I could not single out the highest goal or mystery. Comparative cognition research is a frequent headache, but also a constant challenge and a constant joy. I am grateful to be able to seek the continuities and discontinuities between humans’ and animals’ cognitive systems. 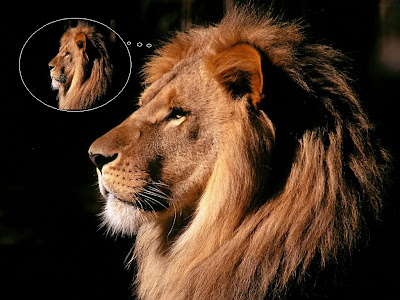