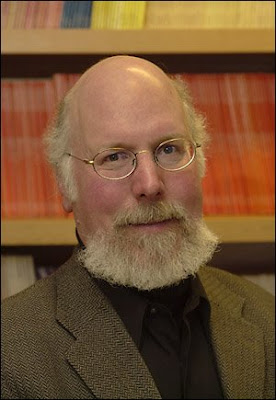 1) What “Cognitive Psychology” is? What it has in common with other psychological approaches?

Cognitive psychology is the study of mental processes, such as memory, language, and perception. It originally was founded on the idea that the mind is like the software of the computer, and the hardware (the machine itself) is like the brain. In recent years we’ve come to realize that this distinction is difficult to make: The brain is not a general-purpose computer, which can run any piece of software written for its operating system. Rather, the brain has been tailored to function in a particular way – its as if the hardware were designed to run certain software.

2) The role of Emotions, in the perception and analysis of the world, are considered more and more from the scientific point of view. This somehow implies the “biologization” of the mind, because the whole mind is considered in a evolutionary context of necesity. This implies also a certain de-rationalization, because the growing importance of feelings put the ghost-in-the-machine of rationality in a weak position. If culture is made to better serve instincts, like reason serve emotions, do you think that our higher habilities are cultural transformations from more basic instincts?

I don’t think that there is a strict separation or dichotomy between “cognition” and “emotion.” They work together. Moreover, there is a certain logic to emotions – they are not random, and usually help us more than they hurt us. That is not to say that every emotion should be allowed to run free in every context – but the same is true of rational decisions (such as one person’s deciding that he wants something in a store, and wants to take it without paying).

3) The brain plasticity has been the main support for the sociological and psychologycal thesis of the blank slate school. What evidences the congnitive sciences bring to one or the other side in the debate about nature-nurture?

The fact is that we can learn (which relies on the brain’s plasticity), but we cannot learn anything (which indicates that the brain’s plasticity has limits). The biological nature of our brains constrains what we can learn and how we can change, just as the biological nature of our bodies constrains what we can do with them (even if we had wings, we still could not fly – we could not have the muscle power to compensate for our weight). A key idea is that the “mind is what the brain does” – mind and brain and not strictly distinct. (The person to talk to about nature-nurture is Steve Pinker.)

4) According with natural evolution, our mind as well as our body is the result of an historical process. The Evolutionary Psychology (PE) tries to explain how we came to be what we are now. What are the ultimate causations of behaviour? Do you appreciate a confluence between neuroscience and PE in the explanation of our brain hardware and our mind software?

5) When we think, a film composed of many discrete images pass trough our mind. We perceive it as a coherent continuous. You supported the idea that our thinking is composed basically of images. What images the blind has? What are the images associated to abstract concepts like justice, courage, patriotism?

I don’t believe that our thinking is composed solely of images. Images are just one tool of thought. The images that come to mind are produced by unconscious processes that themselves are not images. Regarding the blind: They still have “spatial images” (specifying where things are), kinesthetic images (specifying how things feel), auditory images, and so forth. Imagery is not “one thing” – it is a collection of abilities, each being related to a particular sensory modality. If you want to know about the associations to images, the person to talk to is Gerald Zaltman, at the Harvard Business School (who has written extensively on this topic).

6) Pinker gave a name “Mentalese” to the storage and processing of ideas inside the brain/mind. What specific components do you think that the Mentalese has?

Actually, the term “mentalese” was coined long before Pinker came on the scene. I personally do not like this concept; I don’t think there is a basic “language of thought” that underlies every mental activity – I think we use many mental languages, and they may not always hook together very easily. When you have mental images, for example, they may not always be easy to describe or name using language.

7) The brain is a parallel processor. While we focus out attention and our thinking, many underground unconscious processes are played simultaneously. But some results of these processes, in the form of mental images, surfaces into conscience. Why we don´t get lost in all the different streams of thinking that bifurcates from the main stream?

8) In what sense this is a stocastic process, a neuronal darwinism, Edelman would say, or , else, a process directed or integrated by a “manager” in the frontal lobule or elsewhere?

There is no single “manager”; I tend to think about the brain in terms of “constraint satisfaction.” I’ve attached a section of my book “Wet Mind,” which explains this in terms of a metaphor (el capítulo de marras me lo envió por email).

9) You are what many consider a representative of the third culture. What Third Culture is?. Do you think that the ideas of science are permeating the society well?. Don´t we live in a Technological Middle Age in which the people use devices whose inner working ingnores while they worships scientists and philosophers that don´t really understand, because their oracles most of the time are sparse, brief and misleaded science news, selected with tabloid criteria?

John Brockman made this term popular, and I think it’s best if I let him speak for himself; he wrote the following:

“The third culture consists of those scientists and other thinkers in the empirical world who, through their work and expository writing, are taking the place of the traditional intellectual in rendering visible the deeper meanings of our lives, redefining who and what we are.
In the past few years, the playing field of American intellectual life has shifted, and the traditional intellectual has become increasingly marginalized. A 1950s education in Freud, Marx, and modernism is not a sufficient qualification for a thinking person in the 1990s. Indeed, the traditional American intellectuals are, in a sense, increasingly reactionary, and quite often proudly (and perversely) ignorant of many of the truly significant intellectual accomplishments of our time. Their culture, which dismisses science, is often nonempirical. It uses its own jargon and washes its own laundry. It is chiefly characterized by comment on comments, the swelling spiral of commentary eventually reaching the point where the real world gets lost.
In 1959 C.P. Snow published a book titled The Two Cultures. On the one hand, there were the literary intellectuals; on the other, the scientists. He noted with incredulity that during the 1930s the literary intellectuals, while no one was looking, took to referring to themselves as “the intellectuals,” as though there were no others. This new definition by the “men of letters” excluded scientists such as the astronomer Edwin Hubble, the mathematician John von Neumann, the cyberneticist Norbert Wiener, and the physicists Albert Einstein, Niels Bohr, and Werner Heisenberg.
How did the literary intellectuals get away with it? First, people in the sciences did not make an effective case for the implications of their work. Second, while many eminent scientists, notably Arthur Eddington and James Jeans, also wrote books for a general audience, their works were ignored by the self-proclaimed intellectuals, and the value and importance of the ideas presented remained invisible as an intellectual activity, because science was not a subject for the reigning journals and magazines.
In a second edition of The Two Cultures, published in 1963, Snow added a new essay, “The Two Cultures: A Second Look,” in which he optimistically suggested that a new culture, a “third culture,” would emerge and close the communications gap between the literary intellectuals and the scientists. In Snow’s third culture, the literary intellectuals would be on speaking terms with the scientists. Although I borrow Snow’s phrase, it does not describe the third culture he predicted. Literary intellectuals are not communicating with scientists. Scientists are communicating directly with the general public. Traditional intellectual media played a vertical game: journalists wrote up and professors wrote down. Today, third-culture thinkers tend to avoid the middleman and endeavor to express their deepest thoughts in a manner accessible to the intelligent reading public.

The recent publishing successes of serious science books have surprised only the old-style intellectuals. Their view is that these books are anomalies–that they are bought but not read. I disagree. The emergence of this third-culture activity is evidence that many people have a great intellectual hunger for new and important ideas and are willing to make the effort to educate themselves.

The wide appeal of the third-culture thinkers is not due solely to their writing ability; what traditionally has been called “science” has today become “public culture.” Stewart Brand writes that “Science is the only news. When you scan through a newspaper or magazine, all the human interest stuff is the same old he-said-she-said, the politics and economics the same sorry cyclic dramas, the fashions a pathetic illusion of newness, and even the technology is predictable if you know the science. Human nature doesn’t change much; science does, and the change accrues, altering the world irreversibly.” We now live in a world in which the rate of change is the biggest change. Science has thus become a big story.

Scientific topics receiving prominent play in newspapers and magazines over the past several years include molecular biology, artificial intelligence, artificial life, chaos theory, massive parallelism, neural nets, the inflationary universe, fractals, complex adaptive systems, superstrings, biodiversity, nanotechnology, the human genome, expert systems, punctuated equilibrium, cellular automata, fuzzy logic, space biospheres, the Gaia hypothesis, virtual reality, cyberspace, and teraflop machines. Among others. There is no canon or accredited list of acceptable ideas. The strength of the third culture is precisely that it can tolerate disagreements about which ideas are to be taken seriously. Unlike previous intellectual pursuits, the achievements of the third culture are not the marginal disputes of a quarrelsome mandarin class: they will affect the lives of everybody on the planet.

The role of the intellectual includes communicating. Intellectuals are not just people who know things but people who shape the thoughts of their generation. An intellectual is a synthesizer, a publicist, a communicator. In his 1987 book The Last Intellectuals, the cultural historian Russell Jacoby bemoaned the passing of a generation of public thinkers and their replacement by bloodless academicians. He was right, but also wrong. The third-culture thinkers are the new public intellectuals.

America now is the intellectual seedbed for Europe and Asia. This trend started with the prewar emigration of Albert Einstein and other European scientists and was further fueled by the post- Sputnik boom in scientific education in our universities. The emergence of the third culture introduces new modes of intellectual discourse and reaffirms the preeminence of America in the realm of important ideas. Throughout history, intellectual life has been marked by the fact that only a small number of people have done the serious thinking for everybody else. What we are witnessing is a passing of the torch from one group of thinkers, the traditional literary intellectuals, to a new group, the intellectuals of the emerging third culture. 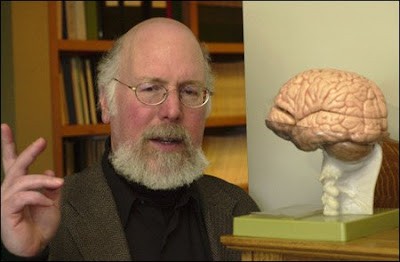